War Wings has recently entered the Western Market for both Android and iOS devices, bringing both graphics and gameplay which most would be in utter disbelief to discover that it was on a mobile platform, due to both quality and multiplayer abilities.  Already averaging 4.4 out of 5 over on Google Play on the Asian Market, we manage to speak with those behind this mobile game which shows it doesn’t have to be all about Candy Crushing, Farmville-like, Temple Running Clones!

Villordsutch Before we get into questions about War Wings could you introduce yourself and also perhaps mention a previous game title(s) from your gaming history, which you’ve been involved in?

Nick Tsimpidaros: My name is Nick Tsimpidaros and I’m CMO at Miniclip. I’ve worked on all major projects of Miniclip in the last 18 months, such as 8 Ball Pool, Agar.io, Soccer Stars, Archery King and BasketBall Stars.

V: War Wings has now entered the Western market after impressing over 25K mobile gamers already in the Asian market, so much so you’re averaging 4.4 stars out of 5 on Google Play.  What do you think the difference in response to the game will be from the Western players, and how do you think you’ll get them to bring that 4.4 closer to 5 for you?

NT: We believe that the appeal of War Wings’ gameplay and setting is pretty much universal. There are very little things as universal as the dream of flying! However, we are very conscious that there are differences in players across countries. For this very same reason, War Wings has been in soft launch for a several months in a selected few western countries too. This way, we’ve been able to thoroughly test the core gameplay to make sure it has as universal an appeal as possible, and we will continue on this path of listening closely to the feedback and desires of our players to make sure the experience they get is the best possible.

V: What you’ve delivered on the mobile platforms is outstanding, blowing the idea that mobile gaming is just Candy Crush style games, or rail-trapped “Coin Grabbing” games.  When you came to War Wings, what were your initial goals for the game?   Did you initially have a smaller number of planes in mind? Was it always going to be PvP or did you originally set your sights on PvE?

NT: War Wings was always conceived as a PvP game at heart, trying to recreate the feeling, the depth and the thrill of multiplayer console games to a platform you would carry with you all the time. With this in mind, obviously, a lot of things had to be adapted to work better on mobile, and we believe that War Wings is definitely proving that the midcore/hardcore multiplayer combat experience is something that mobile players can also have. 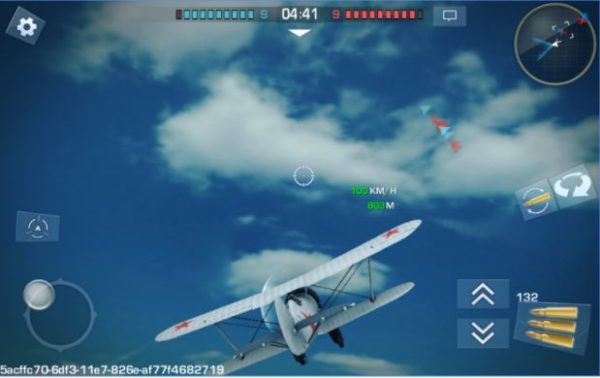 V: Looking at the last question what did you have to lose from the game, which you would have liked to have kept?  Clearly on a mobile platform you cannot add everything and the kitchen sink, so with a heavy-heart you must have dropped something by the wayside?

NT: I think one of the biggest pieces of “baggage” that had to be dropped along the way was a single player mode. As much as we would have loved to keep that staple of the genre, it is just to time consuming, too complex to adapt to the peculiarities of the platform and to the way people play in mobile. 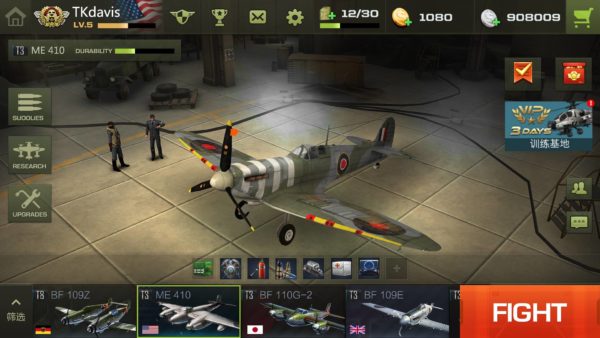 V: When you yourselves play War Wings what are you most impressed about?  Whether a small piece of animation or a sound effect, what should us the pilots be looking out for, knowing that in the background you’re grinning at a good job well done?

NT: For me one of the best things in War Wings is the attention to the details on the plane models… really close to what they are in real life! Regarding small details, I’m personally always amazed at the communication chatter in-game: it adds to the atmosphere of the battles and provides crucial information without getting annoying.

V: What’s next for the War Wings team? Sit back and let the air rush through you hair for a few months, or set to work on the next venture?

NT: Support the game! There’s a whole lot that we want to achieve with War Wings, and we don’t see this game’s development as finished or even close to its end. Our current and future user base will be able to look forward to new game modes, to new planes and a whole technology line. This is just the beginning!

V: One final question, what is your plane of choice?

NT: Any Spitfire! I mean, have you seen how gorgeous those are?

War Wings is available to download for free from IOS App Store and GooglePlay now.

Villordsutch and Flickering Myth would like to thank Nick Tsimpidaros at Miniclip for taking the time out of his day for the interview and also Kris at Brown Betty for arranging it.